Blog, Serenity Health Care Center
4 things you need to know about Powassan virus Scientists are becoming increasingly concerned about the increase in the tick population in 2017. More ticks […]

4 things you need to know about Powassan virus 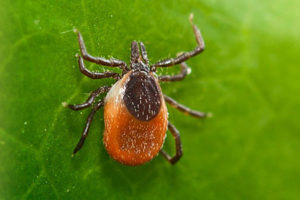 Scientists are becoming increasingly concerned about the increase in the tick population in 2017. More ticks likely means more tick-borne infections like Lyme disease and a virus you may not have heard of—Powassan virus.

Powassan virus, also known as POW virus, is an RNA virus that’s related to some mosquito-borne viruses like West Nile virus, but Powassan virus is transmitted to humans by tick bites. The ticks become infected when they bite infected animals. The staff at our functional medicine clinic near Milwaukee wants you to know more about this little-known virus.

Stay alert to the prevention and detection of the Powassan virus

[righttextbox]The Centers for Disease Control and Prevention report that the state of Wisconsin reported 22 cases of Powassan virus between 2006 and 2015.
https://www.cdc.gov/powassan/pdf/powv-by-state-year_2006-2015.pdf[/righttextbox]

If you or your family members exhibit symptoms of Powassan virus, even if you are not certain that you have had a tick bite, contact us at our functional medicine clinic near Wisconsin.

Adrenal Fatigue
November 13, 2022
The Differences Between Acute and Chronic Lyme Disease
October 30, 2022
Women's Thermography Breast Screenings
October 15, 2022
We can understand and see your pain with Inflammation Thermography
October 1, 2022
What is Medical Thermography?
September 26, 2022